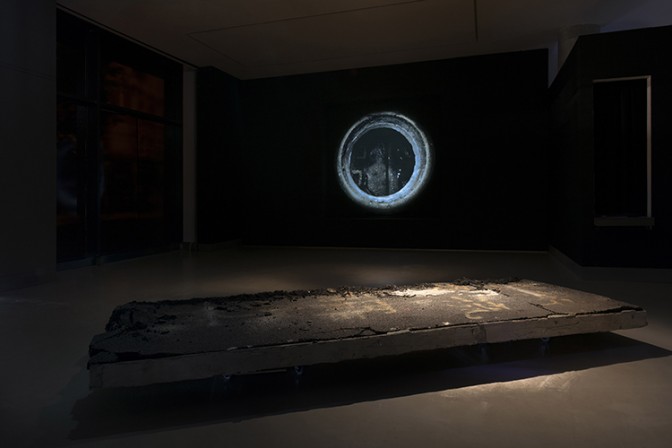 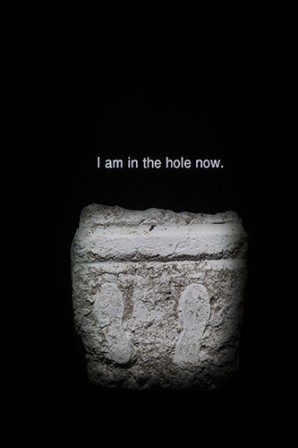 White Rainbow is proud to announce Why Open? – a solo exhibition by the renowned artist collective Chim↑Pom (formed 2005, Tokyo, Japan).

Comprising Ryuta Ushiro, Yasutaka Hayashi, Ellie, Masataka Okada, Motomu Inaoka, and Toshinori Mizuno, Chim↑Pom’s work includes interventions through performance, video, painting, installation, curating and organising events. Sharp social critique underpins the group’s work, and the collective is unafraid to cause controversy in the service of their message. As Christopher Y. Lew, Associate Curator at the Whitney Museum, New York, has stated: ‘the group negotiates a difficult line – they do not make the direct assertions of activists but rather offer an ambiguous voice that is both complicit and critical.’

To date, some of the collective’s actions have included: in 2008, skywriting the word ‘PIKA’ – a mimetic word in Japanese for ‘flash’ – over Hiroshima where the atomic bomb was dropped; in 2011, a guerrilla style ‘updating’ of Taro Okamoto’s mural depicting the history of nuclear exposure in Japan, in order to better reflect Japan’s post-Fukushima nuclear reality; in 2012, as part of the collective Don’t Follow The Wind, the group entered the Fukushima Nuclear Zone and installed an exhibition across abandoned properties in the area – the exhibition remains inaccessible while radiation levels remain.

In recent years, the group has realised projects in cities around the world, reflecting on the role of public space and borders. Why Open? brings together a selection of work from projects in the Fukushima Nuclear Zone, the U.S.– Mexico border, in Tokyo and in Taiwan.

Barely visible in the darkened main gallery is The Grounds (2016), which comprises a video and a plaster cast sculpture of Chim↑Pom member Ellie’s footprints. The work is part of a wider project called The Other Side (2016). In response to Ellie being denied entry to the U.S., the group went to the Tijuana border and discovered a maze of unofficial and illegal tunnels. Inspired by this, the group dug below the border, and Ellie planted her feet on soil below the border, from which they created the plaster cast sculpture. Additionally, the collective spent time with a Tijuana family, and built a tree house in their garden. The group humorously titled the house USA Visitor Center, which only served to highlight how inaccessible the country is to many, including Ellie  herself. A new work, Asshole of Tokyo (2018) is a film projection. The group opened a manhole cover in Tokyo and filmed what they saw. The idea of a whole network of underground tunnels connects back to the Tijuana tunnels, but also to inaccessible Fukushima. Chim↑Pom ask: why not reach Fukushima by underground tunnel?

More recently, the group opened up their studio in Tokyo to the public, removing the doors to create a new kind of public space. They called the project Chim↑Pom Street (2017). This work led to one of their most ambitious projects to date: 道 [Street] (2018) at the National Taiwan Museum of Fine Arts. This project is represented in the main gallery space by a 3-metre slab of asphalt. Titled Is Artistic Exchange a Crime? (2018), the work is a physical relic of an ambitious social project. Inspired by the Sunflower Movement in 2014 – a student movement in which participants took over the Taiwanese parliament for one month – Chim↑Pom constructed a new 200m long street, which extended from the museum entrance out in to a public street. Chim↑Pom conducted interviews with these students, and were struck by one person’s story. The student in question simply tried to open a door in the Legislative Yuan (Taiwan’s Parliament building) and was stunned to find it unlocked. They asked: ‘Why was it open?’ The rest of the students flooded in and occupied the building. This account gave rise to Chim↑Pom’s project at the Museum.

Chim↑Pom’s new street asked: ‘Who owns national institutions?’ ‘What is the public?’ The work functioned as an alternative public space – the group invited people to contribute ideas for how the space was used. The graffiti present on the slab of asphalt is a contribution by a Taiwanese artist, which critiques the Taiwanese government’s efforts to crack down on artistic exchange. Chim↑Pom held a block party on the street, using this to subvert the rules of assembly and public protest, in turn creating a space subject to its own rules and regulations, distinct from the museum and from the public street outside. White Rainbow’s cinema space becomes an installation archive of this project, incorporating an architectural model, banners, objects and photographs, alongside video documentation of Ellie’s speech inaugurating the street.

Why Open? testifies to the group’s openness to the world around them – in their 13 years as a collective, Chim↑Pom have continually placed themselves in complex situations and contested territories, in order to ask those difficult questions that others might not.

Responding instinctively to the “real” of their times, Chim ↑ Pom has continuously released works that intervene in contemporary society with strong social messages. In addition to participating in exhibitions throughout the world, they develop various independent projects.

In 2015, they opened their artist-run space “Garter” in Tokyo to curate and showcase work by many of their contemporaries. They also initiated, organized, and participated in the international exhibition Don’t Follow the Wind, which was launched on March 11, 2015, in Fukushima inside the nuclear exclusion zone created after the 2011 nuclear disaster.

Since then they have been working on various projects related to the theme of “borders” and presented The Other Side, a project on the U.S.-Mexico border, in 2017. The group received the Prudential Eye Awards in 2015 in the categories of Best Emerging Artist Using Digital/Video and Best Emerging Artist of the Year.